Aintree Racecourse is seen as a dangerous course for many as some of the most dangerous events happen at the course, such as the Grand National. The course has been in operation since 1829, and it features some of England’s most prestigious events.

Aintree opened in 1829 but was not used for steeplechase racing until 1836 and quickly gained interest throughout the country. Aintree Racecourse hosts The Grand National as well as other meetings throughout the year. 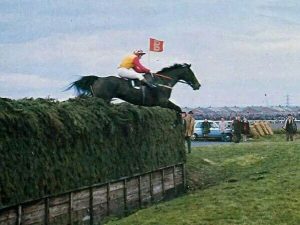 Obstacles and steeples such as ‘The Chair’ and ‘Becher’s Brook’ continue to be dangerous even to the most trained horses and jockeys. The circuit is not normal as it is not an oval shape. There are two circuits at the course including “The Grand National Course,” and the “The Mildmay Course.” Mildmay sits inside of the main course and is known to be less dangerous and confronting. It started as a course in 1953.

The Grand National is the most dangerous of the races, and more than 40 horses have been killed during The Grand National at Aintree Racecourse. The course has many difficulties for horses and riders. Out of around 40 horses that start, it is not unusual to see ten or less finish after four miles due to falls. Steeplechasing, as well as crowding and pile-ups, can happen over the jumps. Some Grand National races have seen less than three places given. The 1928 Grand National only had the winner called Tipperary Tim and second place Billy Barton.

The course is frightening but finishing it either as a winner or a contender is the ultimate rush for many. The dangers of the Aintree track excites and thrills despite calls to prevent injuries by animal rights groups. Part of Aintree’s history and appeal is the danger, which continues to attract fans.