Undoubtedly the Cheltenham Gold Cup is the pinnacle race of the Cheltenham Festival and is part of National Hunt horse racing. The race has huge prize money and is held on the last day of the festival. The race also attracts large audiences and is another famous race in the lead up to the Grand National.

The first Cheltenham Gold Cup was in 1819 over 3 miles but jumps were not installed for the until 1924. The cup was disrupted in 1931 and 1937 because of weather conditions. It was also missed in 1943 and 1944 due to the war. For many years the Gold Cup was overshadowed by the National Hunt Chase which had more substantial prize money.

The Cheltenham Gold Cup is a Grade 1 steeplechase race that is held on the fourth and last day of the Cheltenham Festival. It is 3 miles 2 furlongs and 70 yards, or 5,294 metres. Horses and jockeys must pass over 22 fences during the race. Horses must be over five and have the highest prize money for a non-handicap chase in Britain with a purse of £625,000. 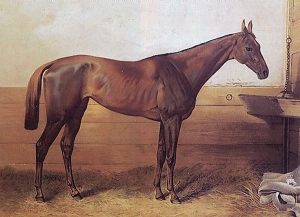 Golden Miller won from 1932 to 1936. The horse also won the Grand National in 1934. Cottage Rake won the race three times from 1948 to 1950 and was partly responsible for the Irish becoming more interested in the race. A horse named Arkle won three cups starting in 1964 and ending in 1966. It was the shortest-priced winner in the Cup’s history. Kauto Star was another popular victor who won the Gold Cup twice in 2007 and 2009, and many believe it is one of the greatest moments in the race’s history or at least since Arkle’s time.

The Cheltenham Gold Cup is the pinnacle of steeplechase racing and has prize money and popularity to match it. It remains the big race of the four day Cheltenham Festival.